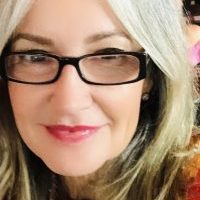 Frederick L. (Rick) Greene, MD, FACS, received his medical school training at the University of Virginia and completed a residency in surgery at Yale University School of Medicine. Dr. Greene was also an American Cancer Society Clinical Research Fellow at Yale. Following residency, Dr. Greene served on active duty with the US Navy as surgeon aboard the USS Nimitz and as an Attending Surgeon at Portsmouth Naval Hospital. Dr. Greene was Professor of Surgery on the faculty of the University of South Carolina School of Medicine from 1980 to 1997 and served as Chief of Surgery at the Dorn VA Medical Center in Columbia, SC from 1980-97. He served as Chairman of the Department of General Surgery and Surgical Residency Program Director at Carolinas Medical Center in Charlotte, NC from June 1997 to June 2012.

Since 2012, Dr. Greene has served as Medical Director of Cancer Data Services at the Levine Cancer Institute in Charlotte, NC. He is an editor of the 6th, 7th and 8th Editions of the AJCC CANCER STAGING MANUAL and is the past Chair of both the Commission on Cancer and the American Joint Committee on Cancer. Dr. Greene is also the host of the COC sponsored “CAnswer Forum Live“ series and the podcast series, “Speaking of SurgOnc”. 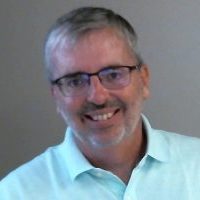 Jim Hofferkamp is the NAACCR Program Manager of Education and Training. He is the NAACCR Edits Administrator and is an active member of the NAACCR SSDI task force and the NAACCR ICD O work group. 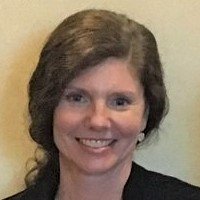 Marla Cole is the Registry Education Supervisor of Cancer and Clinical Registry Services for Savista (known formerly as nThrive). In this role, she oversees the development and delivery of registry training and education. Marla received her bachelor’s degree from Indiana University, South Bend, and worked in the field of marketing communications prior to discovering an aptitude and passion for cancer registry data. Her career in cancer registry spans more than 12 years. She has provided education for state registry association meetings, NCRA, and NAACCR. 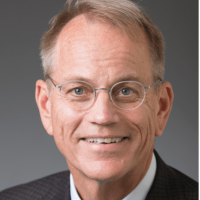 Steven D. Leach is Professor of Molecular and Systems Biology, Surgery and Medicine, the Preston T. and Virginia R. Kelsey Distinguished Chair in Cancer, and Director of Dartmouth’s Norris Cotton Cancer Center. Prior to this, he directed Memorial Sloan Kettering’s Rubenstein Center for Pancreatic Cancer Research, and also served as Professor of Surgery, Oncology and Cell Biology at Johns Hopkins. Dr. Leach received his bachelor’s degree with high honors in Biology from Princeton University. He then completed medical school at Emory University, where he was a Robert Woodruff Fellow, followed by additional clinical and scientific training at Yale, where he completed his Residency and Chief Residency in General Surgery and an additional postdoctoral research fellowship studying pancreatic acinar cell biology with Dr. Fred Gorelick. Following an additional fellowship in surgical oncology at M.D. Anderson, his first faculty position was at Vanderbilt University, where he was a busy cancer surgeon specializing in the care of pancreatic cancer patients. In 2000, he moved to Johns Hopkins University, where he was Professor of Surgery, Oncology and Cell Biology, the Paul K. Neumann Professor in Pancreatic Cancer, Chief of the Division of Surgical Oncology, and Vice Chair of Academic Affairs in the Department of Surgery. He moved to Memorial Sloan Kettering in 2014, and on to Dartmouth in 2017. After several decades as a busy pancreatic cancer surgeon, Dr. Leach shifted his efforts towards directing a large research team focused on the biology, genetics and treatment of pancreatic cancer. Dr. Leach’s lab has a long track record of groundbreaking discoveries, including the identification of several genes and pathways that are now being targeted in clinical trials for pancreatic cancer patients. He has been the principal investigator for multiple NIH R01, P01, P30, U01 and T32 grants, and has received multiple awards honoring his work, including induction as a Fellow of the American Academy for the Advancement of Science. In addition to his research activities, Dr. Leach has also served as Chair of the Pancreatic Cancer Action Network’s Scientific and Medical Advisory Board, as co-Editor-in-Chief of Current Opinion in Genetics and Development, and as a member of the Princeton University Board of Trustees.

Thora Conrad, BS, CTR, is an Accreditation Services Director at Registry Partners, where she oversees and manages projects in the Accreditation Service Line. Through working with multiple facilities of varying sizes she has developed her skills in managing and ensuring compliance in CoC Standards. Thora’s background in project management has provided her with a wealth of knowledge on quality improvement. She has her BS in Health Care Administration.